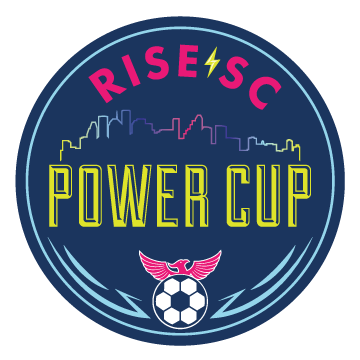 I. FIFA Rules will apply except as noted.

Tiered brackets will be created where numbers allow. The brackets, from most to least competitive, will be Volt(highest), Sky, Navy, Vivid(lowest)

A. The schedule is final as published. No changes will be allowed.

B. We make every effort to account for coach conflicts in the schedules, but cannot always achieve that. You must properly identify your coach in GotSport for this to work.

C. Teams will play 3-4 round robin games within brackets by flight on Saturday and Sunday morning. Championship games will be played on Sunday afternoon. Five team brackets will not have a championship game.

A. Teams will occupy one side of the field with their spectators directly opposite them on the other side of the field. Only properly identified team officials (up to 4) may be on the team sideline.

A. All players must be registered on the team making the application and have the proper USSF Player Pass (i.e. ID card) for 2021-2022. A proper ID card has the player’s picture attached and is laminated.

A. To register, submit the tournament application form prior to the entry deadline.

B. No team will be considered registered until full payment is received. Payment is due by December 1, 2021

B. All referee decisions are final. No protests are permitted.

A. A team playing an illegal player will be disqualified and not permitted to continue tournament play. All prior and future tournament games involving the team will be scored as forfeits.

B. An illegal player is defined as one not listed on the final roster provided at check-in prior to tournament play, one who is of an age group older than the age group the team is playing in, or one who has otherwise been represented in a manner that differs from facts.

A. Any ejected player or team official (coach, assistant coach, manager or trainer) may not participate in the next scheduled game, even if said game is a Championship Game. A player or team official who receives an ejection for violent conduct or referee assault will be suspended for a minimum of 2 games. All suspensions are minimums and may be extended by tournament staff.

B. Any player or team official (coach, assistant coach, manager or trainer) receiving two (2) Red Cards/Send-Offs will be suspended from further participation in the tournament.

C. Any adult (parent or team official) sent off must leave the field area within two (2) minutes of receiving the Red Card/Send-Off or the game will be abandoned by the Referee and will be scored as a forfeit. Players may stay with the team bench but must change their uniform and the team officials will be responsible for their behavior. If an ejected player continues to disrupt the game it will be abandoned and scored a forfeit.

A. Prior to a throw in by either team.

B. Prior to a goal kick by either team.

C. After a goal by either team.

D. After an injury by either team when the Referee stops play.

F. When the Referee stops play to caution a player, the cautioned player only may be substituted.

B. Hard casts must be padded. Referee has final discretion on whether padding is adequate.

B. In the event of a tie, the home team coach is responsible for turning in the score card.

C. The score card must be turned in within thirty (30) minutes of completion of the game. If a score card has not been received by this time, the game may be scored as a forfeit for the team which failed to turn in the score card.

The first and second place teams in each age group will receive awards.

A. The Tournament Director will have jurisdiction over field playability, cancellations and rescheduling. Every effort will be made to play as many games as possible.

C. In the event of a partial rain-out, matches will be rescheduled or shortened at the discretion of the Tournament Director.

D. If at least half of a game has been completed and conditions prohibit continuation, that game will be considered complete and the score at the time of the stoppage will be the final score.

E. No refunds will be given once the tournament games begin.

A. There will be no refunds for teams withdrawing from the tournament after the entry deadline.

B. A nonrefundable fee of 25% will apply for teams withdrawing prior to the entry deadline.

C. Should a team fail to be bracketed a full refund will be issued.

A. Coaches or a team representative are required to check-in their teams by electronic check-in: All required documentation must be scanned in and emailed to checkin@risesc.org by Monday January 31, 2022. You are not officially checked in until you receive a reply from the tournament officials stating that all appropriate documentation has been received. Please be patient as this process can take up to 48 hours.

A. Any team traveling from a distance of greater than 80 miles is considered a travel team.

B. We are partnered with Courtyard by Marriott Galleria to offer you a great tournament experience. Please contact Eunice DeOssio at the number below.
‍
Courtyard Houston by the Galleria -Marriott
2900 Sage Rd.
Houston, TX 77056

Teams that are not affiliated with US Soccer through an officially recognized youth partner (USYSA, US Club, SAY Soccer, AYSO) must provide a certificate of insurance. Please contact the tournament director for details.

Note: Game times and rules are subject to change and should be verified by the coaches prior to the first match.